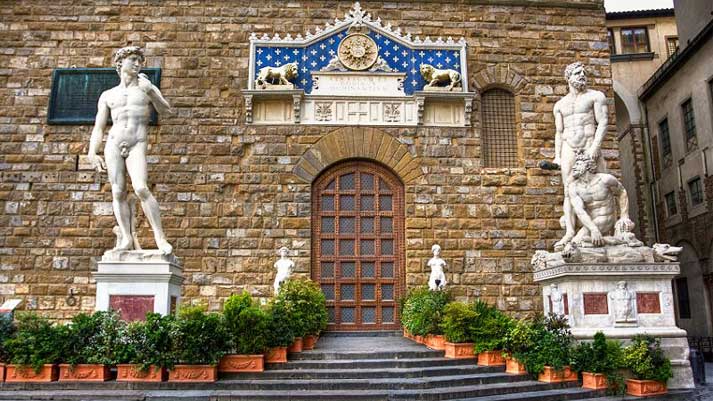 The Mysteries of Palazzo Vecchio

Organizing a vacation in Florence is organizing an extraordinary holiday rich in mysteries.

The glorious history of Florence has immortalized this city. The living testimony of famous artists, both men and women are seen throughout the city.

One of the most intriging places in the city is the Palazzo Vecchio (the old palace and once city hall to the Medici family).

The Battle of the Anghiari

The first, and probably best known mystery, regards the famous Anghiari battle, painted by Leonardo in the Salone del Cinquecento.

The work was never finished by Leonardo, and in XVI the famous writer/artist Vasari painted a grand affresco in its place, depicting the battle of Marciano della Chiana.

Vasari, however, wanted to protect Leonardo’s work. Thus it is thought that he created a space between Leonardo’s battle and his.

This seems to have been confirmed by the written words of Vasari on his painting.. Cerca – Trova (Look – Find). Many scholars believe Vasari wanted to leave this message so Leonardo’s work would ultimately see the light. Another mystery on the fascade of Palazzo Vecchio is a portrait of a man etched into the stone.

This portrait can be found behind the statue of Ercole e Caco (Hercules) in the lower right hand corner of the building. Florentines call this etching ‘Importuno’ in relationship to how it was created.

Legend has it that Michelangelo etched this portrait into the stone one day as he walked passed the palazzo on the way to his studio.

Every day as he walked by, he was stopped by a man who asked him for money.

One evening when the man stopped Michelangelo, he stood with his hands behind his back, etching the stone as the man kept talking.

Another version has Michelangelo as the artist but the etching is of a condemned man.

Some say it is Girolamo Savonarola who was condemned to death in Piazza della Signoria.

Whatever the motive Michelangelo had in creating this portrait (if indeed it was him) no one will ever know. Thus this etching remains one of the mysteries of this grand palace. But the mysteries of Palazzo Vecchio do not finish here. If one looks at the turrets and their differences (one Guelfe and the other Ghibelline) and knows a bit about historical dates. One realizes that the Ghibellini had been exiled from Florence before the towers were ever completed.

These fascinating stories contribute to the history of this great city and one of its most principal monuments. 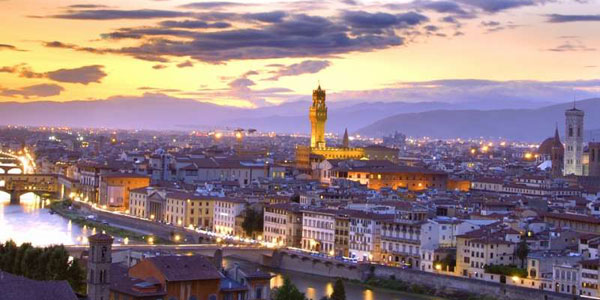 Special foot routes through the historical center to discover hidden treasures and the characteristic charm of this enchanting Renaissance city.

Leave us your contact info and we will send you offers dedicated to use information for your next trip to Florence.